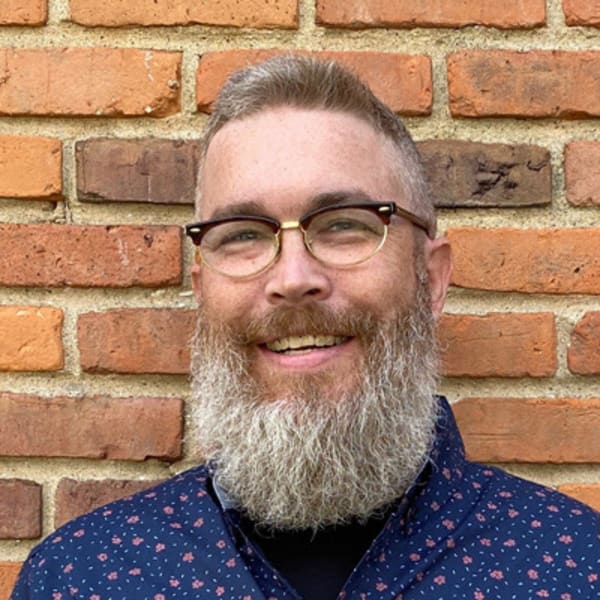 Mike Wright is the chief technology officer at the Mott Foundation, a job that involves designing, maintaining and administering all manner of digital technology used at Mott’s headquarters in Flint, as well as in field offices around the world. It’s an ideal position for a self-professed tinkerer who enjoys “nerd stuff.”

A former bagel baker and janitor, Wright joined the Foundation in 1999, one year after completing an internship while attending the University of Michigan-Flint, where he earned a bachelor’s degree in computer science.

Wright volunteers as a Boy Scouts leader, and he has coached students in the Fenton AGS Middle School FIRST Tech Challenge and the Durant-Tuuri-Mott FIRST Lego League. Wright serves as a board member at Red Ink Flint and is a director and co-founder of the community makerspace Factory Two. He also serves on the agenda committee for the Technology Affinity Group, a non-profit membership organization that promotes the power of technology to advance the goals of the philanthropic sector. In addition to tinkering, Wright enjoys hiking, biking and camping.