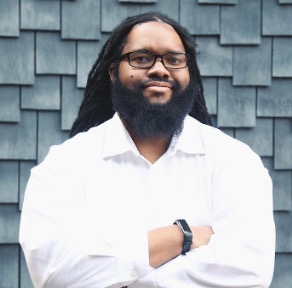 Mckeever E. (Mac) Conwell, 2nd, is a Baltimore native and attended Morgan State University, majoring in Computer Science. In 2006 at the age of 19 he joined a co-op program with the Department of Defense where he achieved Top Secret Security Clearance. He went on to become a government contractor doing software development in multiple computer languages and working for several companies, including Northrop Grumman and Booz | Allen | Hamilton. In October of 2009 Mac co-founded his first tech startup, Given.to. The Given.to team successfully completed two accelerators, Accelerate Baltimore and NewMe Accelerator, where he was later named entrepreneur-in-residence. Mac and his team sold the technology in 2014. His next venture, RedBerry, was accepted into the Dreamit Ventures Accelerator in Philadelphia.

Mac has been a guest on Huffington Post Live several times and his companies have been featured in many media outlets such as USA Today, Washington Post, BET, CNN Headline News, Black Enterprise. Previously serving in the role of Deal Team Coordinator at TEDCO, Mac has since founded and launched RareBreed Ventures, a pre-seed fund that invests in exceptional founders primarily outside of large tech ecosystems, earlier than everyone else. He has served as a Board Member of the Digital Harbor Foundation since October 2017.